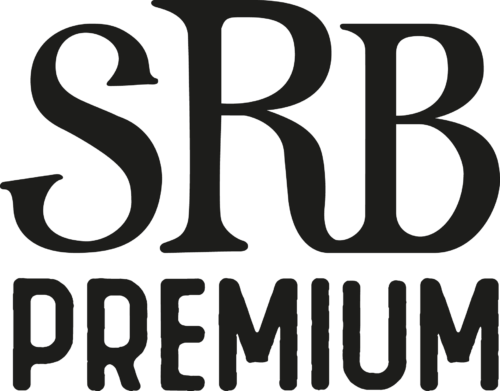 BACKGROUND
SRBpremium is high quality meet from cows of SRB, which are bred and reared according to a special breeding concept and that have been carefully selected according to high meat quality standards. The animals are reared according to Swedish animal protection law and when they have reached a minimum of 36 months of age and been grazing at least three seasons – high quality meat can be produced. Meat produced by this procedure is resource wise since the cows have produced milk and been grazing, which is contributing to biodiversity. Meat is selected according to high standards according to weight, form and fat class on the slaughter house. This characterize the meat as premium meat as it is naturally marbled with intramuscular fat which provides its rich taste. 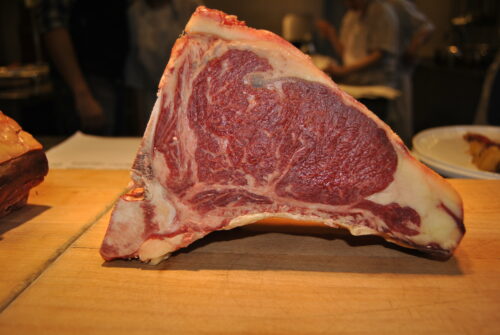 WHAT IS SRBPREMIUM?
SRBpremium is beef that originates from cows in the SRB herd book that have got at least one calf during lifetime production. The animals are carefully selected individuals that are fattened before slaughter and selected according to high meat quality standards. The carcass must meet quality standards of a minimum of 300 kg, form class (>O+) and fat class (>3+), according to Swedish classification standards.

Selection criteria:
• Animals must be registered in the national SRB herd book
• Cows should have had at least one calf
• Cows should been grazing for at least six consecutive hours for minimum 120 days and nights in the southern parts of Sweden and minimum 60 days and nights in the northern parts of Sweden
• Animals should be born, reared, and slaughtered in Sweden, excluding the alpine region and islands of Fårö and Gotska Sandön
• Feed during dry off is consisting of at least 80% roughage: silage, pasture, hay, hay silage, whole crop and maize silage
• Fattening during minimum of three months of time
• Carcass criteria: weight minimum of 300 kg, form class minimum O+ and fat class minimum 3+

PRODUCTION OF SRBPREMIUM
SRB is raised according to Swedish model and animal protection law which includes grazing from six months of age. When a heifer has got her first calf for the first time, she is becoming a cow and starts producing milk. The SRB cows has a new calf every thirteen months and between that she is producing milk. When the cow is no longer suitable for giving more calves, the herd keeps the cow as long as her milk production stays on a normal level. When milk production is decreasing, she is beginning to fatten. At that time, she is dried off and the fattening period starts. During the time for fattening the cow is given roughage that increases the intramuscular fat. For the roughage to give effect on the meat characteristics the cow has to be on fattening for at least three months.

ADVANTAGES WITH SRBPREMIUM
High quality meat from SRB is a product that has served many purposes, not only for meat production. The main purpose of the cow is milk production for dairy products, but she has also contributed to biodiversity for grazing for at least three seasons. Therefore, meat produced by this concept is considered very climate friendly.

SRB cows have not only good milk production traits, they have also better capacity of fattening compared to other breeds. The fat is stored intramuscular as well as extramuscular with gives a well marbled meat rich in taste. Except the exceptional traits for milk- and meat production, SRB is also known to be healthy animals with good udder health and easy calvings.

SRBpremium is a trademark protected since 2020-01-21 by The Swedish Intellectual Property Office, PRV.

“EXCEPTIONELL RÅVARA”
“Exceptionell råvara” is a quality certificate that is yearly given by top-level chefs in Sweden. Raw material class is the highest existing in Sweden and there are only a few producers that achieve this award with their exclusive products. Chefs are judging the meat according to appearance of the meat, tenderness, juiciness, texture, and flavour. During 2018 six producers were awarded the prize and one of them were Markus Lindström with his SRB meat. The dairy cow was 114 months old at slaughter and produced four calves and 61 000 kg milk during her lifetime. The fattening lasted for 14 months and resulted in high class quality meat. 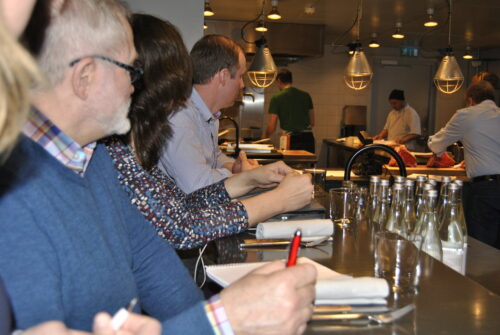 ABOUT SWEDISH RED AND WHITE BREED
SRB Association was founded in 1928 from RSB Association (founded in 1891) and Swedish Ayrshire Association (founded in 1900). SRB is a profitable, efficient, and healthy cow of medium size. It has very good fertility, easy calvings, unique udder and hoof health, superior meat quality and high fat and protein content in milk. The cow is well-suited for different production systems including robot systems. The breed is included in the VikingRed program, together with Finnish Ayrshire (FAY) and Danish Red (RDM). Breeding value is expressed as NTM, Nordic Total Merit index.

BREEDING PROGRAM AND NTM
Breeding program of the red cows in the Nordic countries has a long tradition, not only for milk production but also for other traits that are of economic importance. For example, Nordic Red breed was first in the world to consider mastitis resistance and fertility. Through very large daughter groups it has also been possible to include traits with low heritability in the breeding program. Despite great focus on fertility, components, milkability, longevity, calving ease, mastitis resistance and other health traits – production has not been forgotten and is still of great importance.

The common database “Kokontrollen” is the key to success. This system of registration of data is unique for the Nordic countries. In addition to regular milk recording data, other data is carefully collected from many different sources into one common database. Data originates from veterinarians, hoof trimmers, technicians, classifiers, automatic milking systems and slaughter houses. This is resulting in reliable data that forms the basis for the breeding evaluation.

The Nordic Total Merit index, NTM, is calculated by NAV, Nordic Cattle Genetic Evaluation. NAV is a joint of Danish, Swedish and Finnish owned organisations that works on a strictly scientific basis. NTM is a total breeding value for all traits that are included in the breeding goal. Every trait has an economical weight in NTM which is based on conditions of the Nordic countries. NTM also takes genetic relationships into account. For the breeding program the NTM is divided into 63 % on production traits, 30 % on functional traits and 7 % on functional traits.

There are about 900 members within the association, divided into 23 local clubs. For members under 35 years of age there is a youth club. The clubs are arranging various activities and meetings such as farm visits, classifying competitions, showmanship camps, shows, classifying contests etc.